'... a subjective selection of the current groundbreaking design positions
currently being produced in Germany. ...' curated by Max Borka for MARTa Herford.
Including PAPTON, PAPTONI, POLYGON CHAIR and BONANZA. 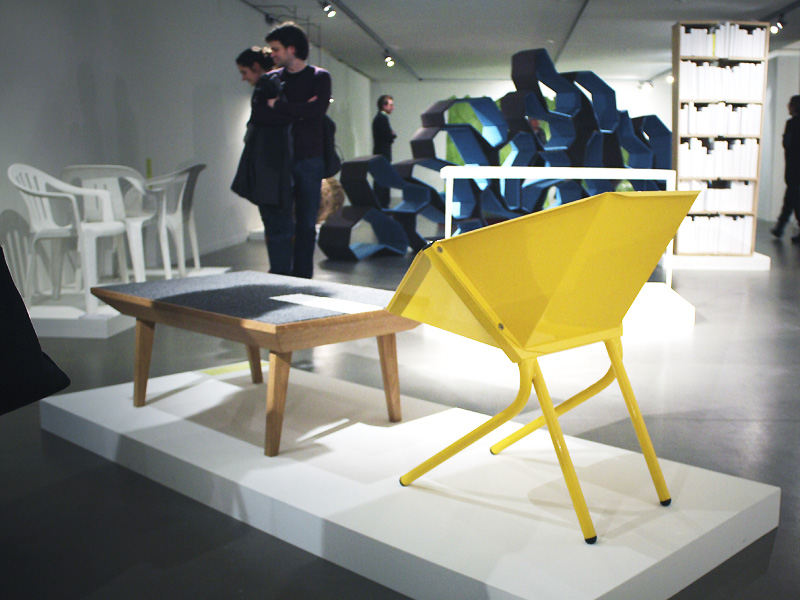 On the occasion of the exhibition RRRIPP!! Paper Fashion
the shop of the Musée dArt Moderne Grand-Duc Jean in Luxembourg
sells a first bunch of paptonis, the legal descendants of papton.
for kids who enjoy scribbling on furniture and feeling superstrong
while carrying superlight cardboard chairs. 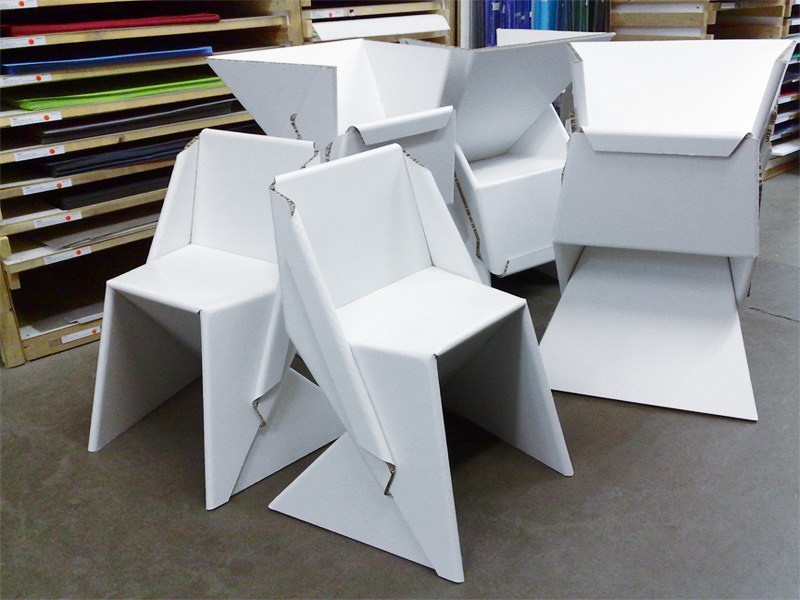 This year DMY is hosting the annual Berlin design festival. On this occasion Haus am Waldsee
exhibits design in the park. An outdoor show using its beautiful garden as a mellow backdrop.
On show: a weatherproof group of BONANZAs 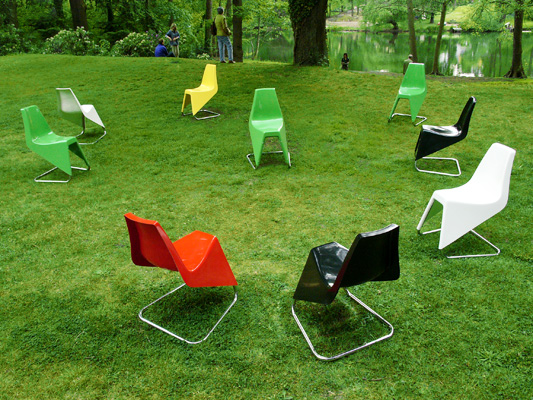 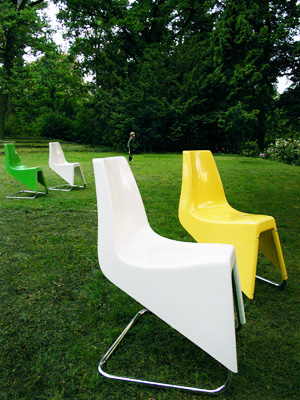 During the festival from December 13th to December 17th DMY hosted a selection
of 16 Berlin design offices next to an international blend of overseas designers
from England, Japan and Spain. On show: BONANZA & PAPTON. 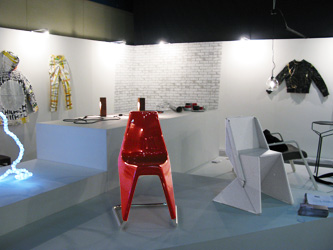 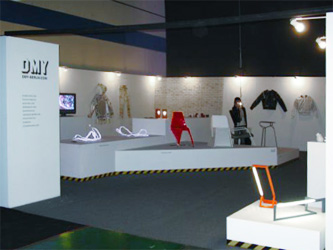 To mark the 20th anniversary of the cultural
co-operation agreement between Paris and Berlin,
the VIA gallery in Paris will be mounting
Le Berlin des Créateurs: a comprehensive overview
of the design scene in Berlin with the designers
and their objects at the core of the show.
Including WAIST, PAPTON, BONANZA, (LOUNGE) CHAIR,
(ROCKING) CHAIR and as cover motif: BALSA CARBON
CHAIR. running from 3 october to 16 december 2007. 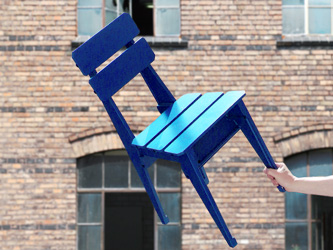 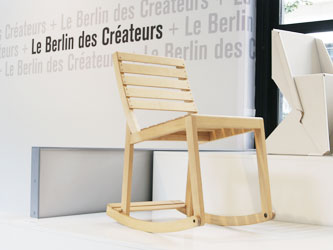 The museum for applied arts MKG Hamburg currently shows the
special exhibition Folding into Form - Masterpieces in Origami,
including PAPTON. Until 26 August 2007. 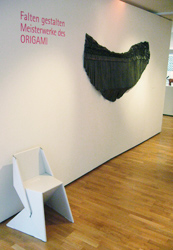 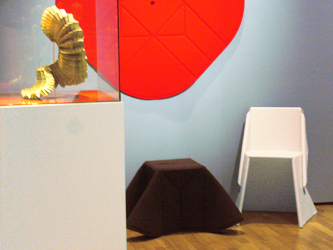 On the occasion of Designmai 2007 two exhibitions
were showing contemporary design from Berlin:
– Full House at Haus am Waldsee, including BONANZA CHAIR
and the wooden and completely dismountable HICKS SHELVES,
a seemingly skewed sister of HICKS TABLE.
– and the return exhibition of Intercity: Berlin - Praha
at stilwerk Berlin, including BONANZA CHAIR, PAPTON CHAIR
and BALSA CARBON CHAIR 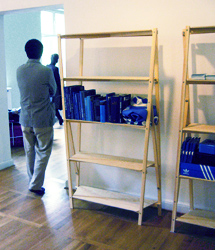 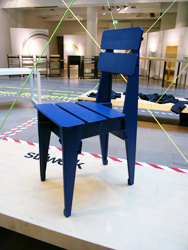 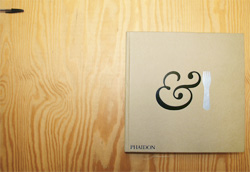 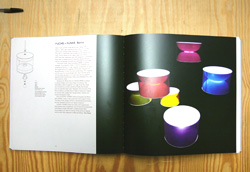 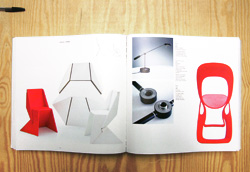 During IMM Cologne the Material Editions of Materialworks make their debut
at Stylepark in Residence. For this occasion we developed a multi-levelled stand
and a clear and compact, injection moulded box. Made of a new, transparent and
extremely durable polypropylene plastic called Metocene, it accomodates around
fifty material samples. Each of them is packaged in a folded cardboard box,
conceived for protection and better handling. 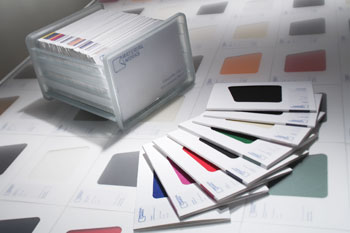 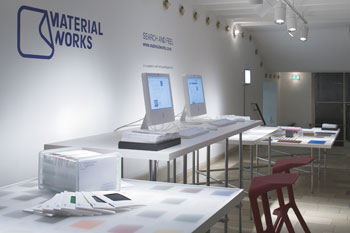 From October 4th to November 1st 2006 the Galerie Manes in Prague accompanies
designblok 06 with the exhibition Intercity: Berlin-Prague. A ten years project
focusing on a different artistic discipline each year. This year’s number three
showcases Design as its main theme. On show: BONANZA CHAIR, PAPTON CHAIR and
the latest BALSA CARBON CHAIR, an experimental featherweight chair (869 g) that
owes its unexpected stability to a powerful bond of balsa wood and carbon tubes.
(in the picture skillfully balanced by Blasius Osko from osko + deichmann). 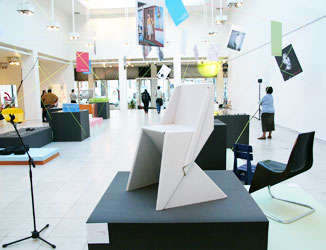 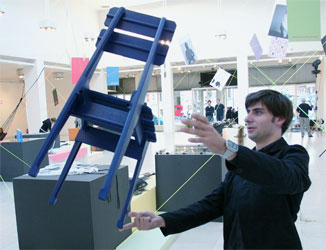 Berlin was central theme of designbrussels from 19th to 25th
of november 2005. The special show BtoB - from Berlin to Brussels
included: (LOUNGE) CHAIR, BONANZA CHAIR, PAPTON CHAIR, WAIST LAMP
and a new version of POLYGON CHAIR with a polygonal frame support
increasing the cantilevered comfort. 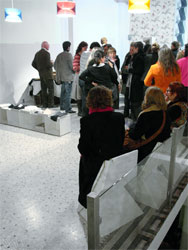 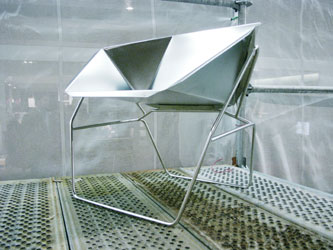 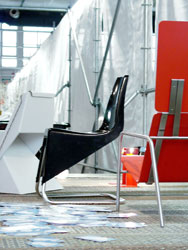 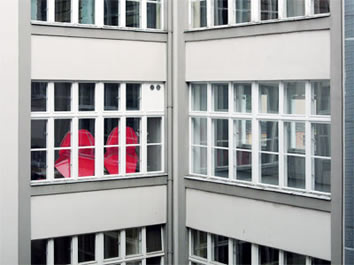